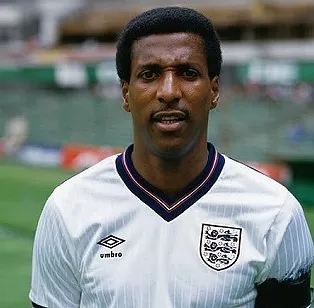 Viv Anderson broke into the Nottingham Forest first team during 1974, proving himself as a talented and gifted young prospect. He helped Forest to a Division Two title as well as wining the League Cup as they gained promotion to the First Division. Anderson went from strength to strength improving his game and adding vital goals to his repertoire helping Forrest to retain the League Cup and win the European Cup in 1979.

After 328 league appearances for Forrest he completed a transfer to Arsenal, winning the league cup in the 1986-87 season. Viv Anderson is an extremely influential player both on and off the pitch becoming the first black football player to represent England in a full international game. He became a role model for generations of black footballers, creating amazing progress within the game. As well as having an outstanding amount of success as a player in his own right earning the well-deserved England call up.