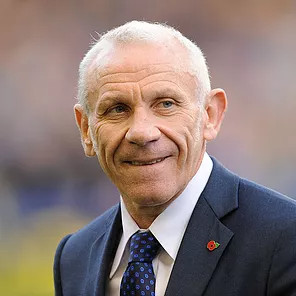 Peter Reid was a defensive midfielder that enjoyed a long and fruitful career. He started his career at Bolton Wanderers, building his reputation as one of England’s brightest midfield talents. It was at Everton that his career reached a new level as he achieved his greatest success, winning the First Division twice, the FA Cup, the FA Charity Shield three times and the European Cup Winner’s Cup.

His impressive performances for Everton led to Reid being selected for the national team, earning 13 caps for England. He was the linchpin for England during the 1986 World Cup helping them to reach a semifinal. Reid started his managerial career with Manchester City, but had the most success with Sunderland. Taking them from a relegation battle to being crowned First Division champions gaining promotion to the Premier League.