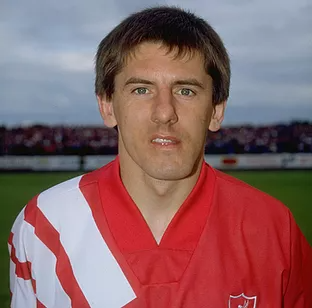 In 1983 Peter Beardsley signed for Newcastle United, the pacey and skillful forward quickly became a club favourite. In his first season for Newcastle he scored 20 league goals helping them to gain promotion to the top tier of English Football. He continued this impressive run into the next season, scoring 17 goals in 38 games including a hat-trick in a 3-1 win against rivals Sunderland.

During the 1987-1988 season he was part of the Liverpool team that won the league title with just two losses that season. He made 59 appearances for England and after making his debut in early 1986 he was included in the England Squad for the 1986 World Cup. Where England were famously knocked out by Maradona’s Hand of God during the semi-final match up against Argentina.