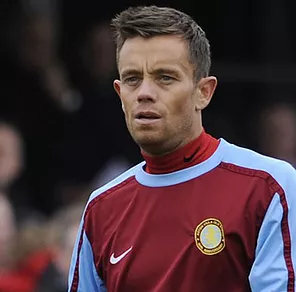 Lee Hendrie started his career at Aston Villa after progressing through their youth system, making 251 appearances during his 14 years with the club. In the 1999-2000 season he was part of the team that reached the FA Cup Final, having scored a penalty in the semifinals shootout to help send Aston Villa to the final.

Hendrie represented England at the international level, appearing thirteen times for England’s U21 team scoring five goals earning him a call up to England’s first team. Where he made his full international debut during a 2-0 win over the Czech Republic.