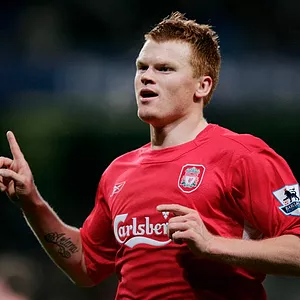 Liverpool hero, John Arne Riise made 234 league appearances for the club, scoring many spectacular goals. Just three months into his Liverpool career he scored one of the best goals in the history of the Premier league, implementing himself as a fan favourite. The Norwegian scored many more incredible goals during his seven years with the club, helping Liverpool to win seven trophies including the Champions League.

He made his debut for Norway in 2000, in the next 10 years Riise became Norway’s starting left back. He is the most capped player in Norway’s history having made 110 appearances and has scored 16 goals, as well as making 546 league appearances during his senior career.