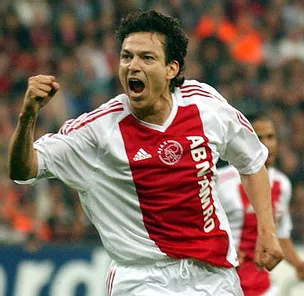 Jari Litmanen made his mark in football whilst playing for Ajax, he signed in 1992 but spent most of his first season playing for the reserves. However, with Bergkamp leaving, Litmanen was given the number 10 shirt and quickly proved he was the right man for the job. In the 1993-1994 season he scored 26 goals leading the league and helped Ajax win the league title. Litmanen was one of the key players that won three consecutive Dutch championships and reached the Champions League two seasons in a row. This led to him being voted as the third best player in the world in the 2005 Ballon d’Or.

Litmanen had an extremely successful career for both club and country, he is the most capped Finnish footballer as well as Finland’s top goal scorer having netted 32 goals in 137 games. He captained Finland to many unexpected victories against highly ranked oppositions, proving himself as one of the greats of the game.