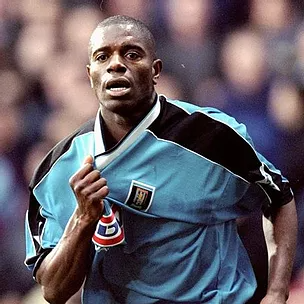 Ian Kenneth Taylor is an English former footballer, best known for his time at Aston Villa. A midfielder, he had a fifteen-year career in the Football League and Premier League, scoring 103 goals in 577 league and cup competitions. He made the move from non-league Moor Green to Port Vale in 1992.