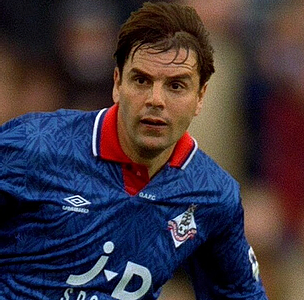 Graeme Marshall Sharp is a Scottish former football player and manager. Sharp played as a striker for Dumbarton, Everton, Oldham Athletic and Bangor City. He enjoyed great success with Everton, helping them win English league championships in 1985 and 1987, the FA Cup in 1984 and the European Cup Winners’ Cup in 1985.