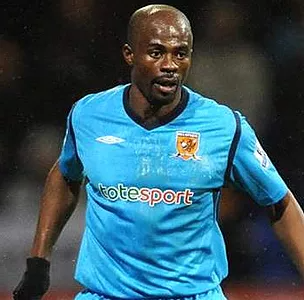 Boateng kick started his career in Holland, making 68 league appearance for Dutch Giants Feyenoord during his stay with the club. He then transferred to Premier League club Coventry City where he proved to be a skilled defensive midfielder helping Coventry to mid table stability in a tough, competitive league.

Boateng then completed a £4.5 million transfer to Aston Villa, where the tough tackling midfielder helped to solidify their midfield. During his time at Aston Villa he made 131 appearances including an FA Cup final. Although born in Ghana, Boateng chose to represent the Netherlands at International level. He made three more appearances for the Netherlands after his debut in a 1-1 draw in 2001.