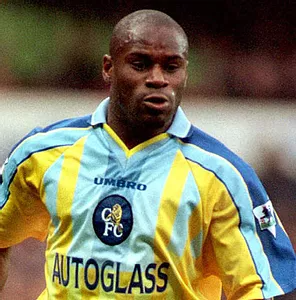 Frank Sinclair made his Chelsea debut in 1991 at left back helping Chelsea to fight back from three goals down to draw the game 3-3, despite having ten men for all of the second half. In the 1993-1994 season under new management, Sinclair converted to a central defender. He excelled in this position, helping Chelsea to an FA Cup final qualifying them for their first European campaign in over twenty years.

Due to his impressive form at Chelsea, he was offered a chance to play for Jamaica in 1997. Sinclair made 28 appearances for Jamaica and was part of the squad that created history becoming the third Caribbean country to compete in a world cup.