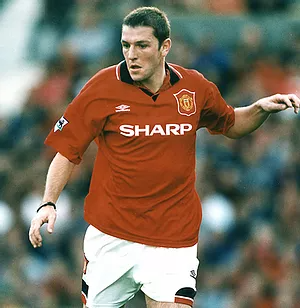 At age 17 Lee Sharpe made his debut for Manchester United in a 2-0 win over West Ham United.  Whilst at United Sharpe scored many important goals including a hat-trick against Arsenal in the league cup, a match which United went on to win 6-2. As well as a backheel goal and an assist in a Champions League game against Barcelona.