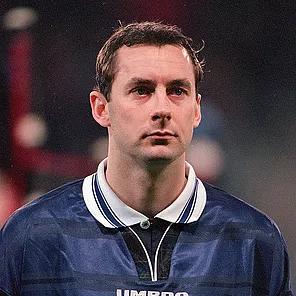 Don Hutchison was a talented young player for Hartlepool United when he caught the attention of Liverpool. He had been part of the promotion wining squad in only his second season with the club. Known for his passing ability and his fierce competitiveness he impressed at Liverpool scoring seven goals in 45 league appearances.