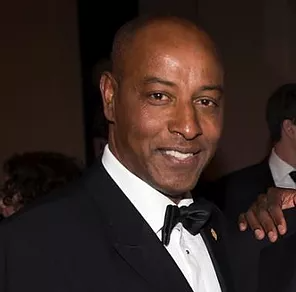 Born in St. George’s, Grenada, Batson moved with his family to Trinidad at the age of 6 and then migrated from the West Indies to England when he was nine years old in 1962. Until then he had never even seen a game of football and a teacher at his school, on watching his early efforts and reflecting on his birthplace opined, “Well, perhaps cricket is your game.” However, he was signed as a schoolboy by Arsenal, and whilst at the club’s academy won the FA Youth Cup of 1971.[4] Batson signed as a professional at 17 years old at the club and eventually went on to feature for the Gunners’ first team, becoming the first black player to do so. In all, he made 10 appearances for Arsenal before moving to Cambridge United in 1974. He spent four years at Cambridge, captaining the side to the Fourth Division Championship under manager Ron Atkinson in 1976–77. At Cambridge Batson made a total of 163 appearances and scored six goals altogether