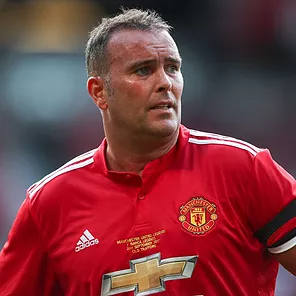 Manchester United youth product Ben Thornley rubbed shoulders with some of the great players of United’s class of 92 and was regarded as one of the brightest prospects in the academy. Yet serious injuries saw him lose out on game time and he moved to Huddersfield in 1998. Making one-hundred and twenty-seven appearances for the Terriers, helping them come close to a First Division play-off place.

After Huddersfield’s relegation he moved to Aberdeen in August 2001 he signed a two-year deal at Aberdeen, which gave him another crack at top division football – this time north of the border in the Scottish Premier League. In 30 appearances for Aberdeen, he scored three goals – the opening goal in a 4–2 victory against Motherwell, and both goals in a 2–0 victory over Kilmarnock.