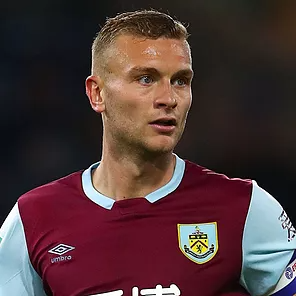 England defender Ben Gibson came through the youth ranks at Middlesbrough and after successful loan spells at Plymouth Argyll, York City and Tranmere Rovers, established himself as a key part of Middlesbrough’s defence. They reached the Playoff Finals in 2015 before going one better and securing automatic promotion to the Premier League for the 2016-17 season. After another season at Bourgh in the Championship, Gibson became Burnley’s record signing for £15 million in 2018.