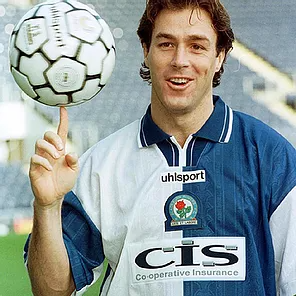 Former forward Ashley Ward played 388 times scoring 110 times for nearly a dozen teams including Everton, Crewe Alexandria and Norwich. Playing for both Manchester United and City in his youth, Ashley made a name for himself at Crewe Alexandria, helping them to promotion in 1994. Moving to Premier League club Norwich City where he scored 18 goals before staying in the Preimer League with moves to Derby and Barnsley. Throughout their debut season in the Premier League he scored some crucial and memorable goals including the only goal in 1-0 winners against Liverpool and Aston Villa at Anfield and Villa Park respectively. He then moved to Blackburn and Bradford before retiring with Sheffield United in 2005.