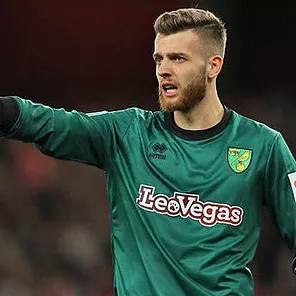 Norwich born Southampton goalkeeper Angus Gunn came through the Manchester City academy and signed his professional contract in 2011. Remaining the reserve keeper he joined Norwich on loan in 2017-2018 and played every match of Norwich’s season, and was third place in Norwich’s player of the year. He joined current club Southampton the year after for £13.5 million where the 24 year old remains to this day.