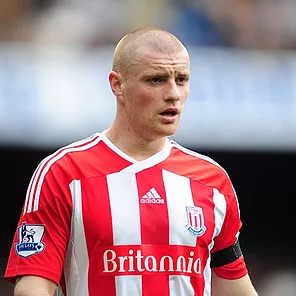 Local player Andy Wilkinson joined Stoke’s academy and the right back would make 160 appearances for the Potters during his fifteen years at the club. Serious injuries plagued the start of his career and he was sent out on loan several times but returned to help Stoke reach the Premier League in the 2007-2008 campaign, making 23 appearances. He established himself as the first choice right back over the next few years at the club and helped Stoke to the FA Cup final in 2011. His 150th appearance for Stoke came in 2013 before he slowly found himself left out of the side. In 2015 he suffered a serious head injury and retired from professional football.