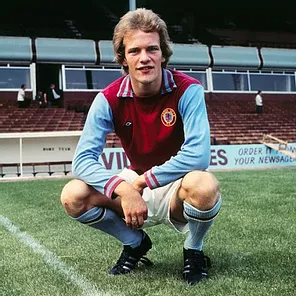 Former, Villa, Wolves, Everton and Scotland striker Andy Gray had a stellar career for his various club sides and was one of the best young players of his generation. Having begun his career at Dundee, he moved at the age of 19 to Aston Villa for £110,000 in 1975 and went on to win the golden boot the season after. The 1976-77 season saw him score 29 goals as Villa finished fourth and won the League Cup, seeing him earn the Young Player and Players’ Player of the Year Awards, a feat not matched before or again until Cristiano Ronaldo in 2009.

An English record transfer fee of £1.49 million saw him move from Villa to Wolves where he again played a part in the clubs League Cup victory. Transferring to Everton in 1983 he won the FA Cup, scoring in the final, as well as winning the League with the Toffees the following season.