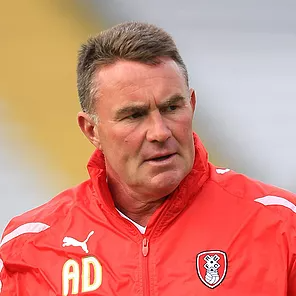 Welsh goalkeeper Andy Dibble made 397 appearances over his twenty-four-year stint as a professional player, with the vast majority coming as Manchester City’s shot stopper between 1988 and 1990. Beginning at Cardiff City, Andy Dibble helped the club to promotion in his second year as a professional player and earned a move Luton Town. While at Luton he saved a penalty in the 1988 League Cup Final, helping his side come from 2-1 down to win 3-2, earning him his first major trophy and the player of the match award. A move to Manchester City followed, but injuries blighted his career and he found himself on loan and moving between several clubs. Despite finding himself as a reserve goalkeeper for the latter part of his career, he still found time to make an impact, keeping a clean sheet in the 1997 Old Firm to help Rangers to their ninth consecutive title.