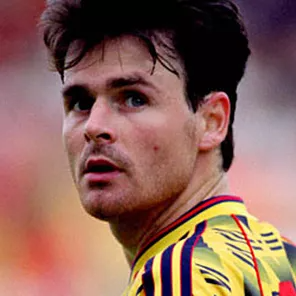 Sweden international Andres Limpar was part of Sweden’s best performance in an international competition, coming third in the 1994 FIFA World Cup as well as having a successful domestic perforances for Arsenal and Everton. Joining the Gunners in the summer of 1990, Limpar played a key role in the league title triumph of 1990-1991. The winger scored 20 goals during his three and a half years at Arsenal before moving to Everton in March 1994. In the 1995 FA Cup final he played the pass of the match and helped set up the match winning goal.