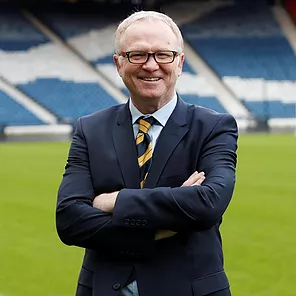 Aberdeen legend Alex McLeish made 493 appearance for the club over sixteen years during which time he won the Scottish Premier League three times, the Scottish Cup five times and the Scottish League Cup twice. In Europe, McLeish played a key role in Aberdeen’s run to the European Cup Winners Cup scoring against Bayern Munich, before Aberdeen’s eventual triumph over Real Madrid. The cup double in 1990 helped the defender be named the SFWA Footballer of the year. McLeish also won 77 caps for Scotland over his career.

Moving to management, his first season saw McLeish lead Motherwell to second in the Scottish Premier League before helping Hibernian secure an instant return after being relegated in the 1999-2000 season. His success at Hibernian attracted the attention of Rangers and McLeish’s most fruitful period came during his stint as Rangers manager between 2001 and 2006, where he won the domestic treble in his first full season as well as guiding Rangers into the last sixteen of the Champions League in the 2005-2006 edition. Overall he won two league titles and Scottish Cups as well as three League Cups.