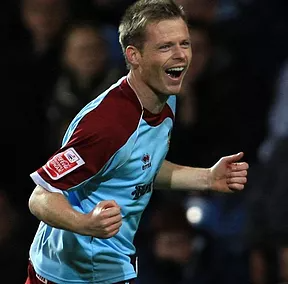 Former Republic of Ireland international Alan Mahon began his professional career at Tranmere Rovers, playing 120 times for the side between 1995 and 2000, culminating in a Football League Cup final defeat against Leicester City. He moved to Sporting where he played one game against Real Madrid in the Champions League before the midfielder moved to Blackburn Rovers. Part of Blackburn’s successful League Cup winning side he then moved to Cardiff City on loan for the second half of the 2002-2003 season helping them to promotion.

Successive injuries hampered Mahon’s career and despite a strong showing for Wigan Athletic in the 2004-5 season and Burnley in 2006-7, injuries forced retirement in 2011. In 2020 Mahon took up the interim manager role at Manchester City Women FC.