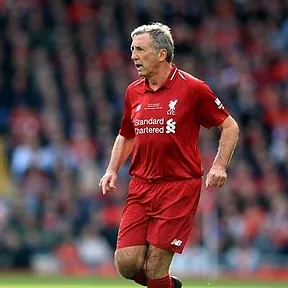 The Liverpool legend made 506 appearances during his twenty-two-year career, with 359 of them coming for Liverpool. The left-back began his career at Newcastle where he made the first of his 158 appearances during his five years at the club, which saw them reach the F.A. Cup Final in 1974. In 1978 he moved to Liverpool for a British record amount for a full back, £330,000.

It was at Liverpool that Kennedy enjoyed the most success, winning five First Division titles in six years, including his first season at the club. He played an individual role in Liverpool’s two European successes during his tenure, scoring the only goal in the 1981 final against Real Madrid as well as the decisive penalty in the 1984 final against Roma. Added to this was four consecutive League Cup trophies between 1981-1984. After leaving Liverpool in 1986, Kennedy would continue to be part of various sides until final retirement in 1994.