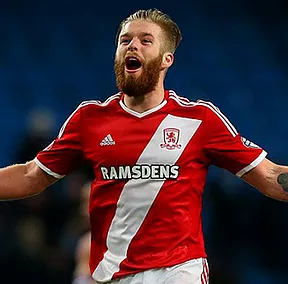 Manchester born Adam Clayton joined Manchester City’s youth set up but moved to Carlisle on loan in 2009 to earn his first senior appearance. The following year the central midfielder made a permanent switch to Leeds United although it was not until 2011-12 season that he became a key starter. Joining Huddersfield, he continued to develop as a player and earned a million-pound transfer to Middlesbrough.

Clayton enjoyed the best years of his career at Middlesbrough, helping them win promotion to the Premier League after the 2015-16 season and earning a place in the Championship Team of the Season. Despite Middlesbrough unable to remain in the Premier League, Clayton remained and continued to be a key part of the midfield.