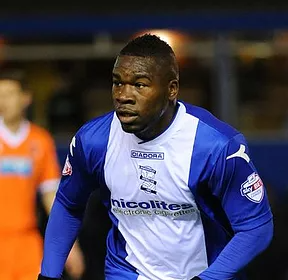 Coming through the ranks at Layton Orient, Mclean gained regular starts for Aldershot Town and Grays Athletic in the Isthmian League Premier and Conference Premier. While at Grays Athletic he became part of the sides successful run in the F.A. Trophy in 2006 and his success saw him earn a move to Peterborough on loan.

Having plied his trade in the lower leagues of English football, the centre forward became a key part of Peterborough United’s rise from League Two to the Championship between 2006-2010, scoring 83 goals in 187 appearances for the Posh. Two full seasons at Hull City followed before various loan moves to Ipswich Town and Birmingham City, eventually returning to Peterborough in 2014.